Today I got a call from a journalist asking a few questions about what a beginner investor should do if they want to start investing. I think that they were looking for “tips and tricks” about which funds or shares to choose. Here was my reply.  END_OF_DOCUMENT_TOKEN_TO_BE_REPLACED

It is a great way for people to generate income – at 7.25% for 2 years it is still the best rate out there, but as a long term savings product it is pretty poor. Even at 8.25% the 5 year rate is way below what you could reasonably expect from a balanced fund and the All Share index generated about 11.5% pa for the past 5 years.

I have long been a fan of the RSA Retail Bond and still am for people looking for income but as a savings option I think that it is pretty poor – you can do significantly better over the long term – even after fees and commissions – if you are prepared to put up with a bit of volatility risk.

I heard an advert on the radio last night for Nedbank’s new “Park-it Limited Edition Investment account”…seems that if you give them R10000, they will give you up to 6.25%* interest per annum and after the first 14 days you can have access to your funds with 24 hour notice. There are at least 2 problems with this…
Now while this may not be a problem to anyone not needing the funds urgenlty, it is certainly a problem to anyone thinking of using this as an emergency fund. To my mind, there are far better options both for emergency fund money and also for those looking for high interest accounts.
For emergency money you are going to struggle to beat a money market unit trust account – no fees to get in or out, instant access (24 hour notice on most), the best interest rates and most importantly of all, safety! The historic yield on a money market unit trust fund is ±7-7.5% but dont expect this going forward – rates have fallen and it is more likely to be ±6.5% for the next 12 months. (Minimum investment amounts are not as high as the banks would have you believe and there is even a money market unit trust that will take a R1000 debit order.)
There is also Capitec Bank which is offering an incredible 7% on daily savings accounts – this is an awesome rate and an excellent alternate to the unit trust but only for the first R10000 (the rate falls after that)!
Longer term investors looking for high interest rates should consider the RSA Retail Bond – this is a government guaranteed bond with 2, 3 or 5 year options. The 2 year option is currently 8.5% and on all of them you are locked in at that rate for at least 1 year – thereafter, if rates have increased you will be able to increase the rate on your bond for the remaining period as well. If rates fall your rate stays fixed! No fees to get in and interest can be paid monthly!
As a rule, my advice is to stay far away from banks when looking for interest bearing investments – they are there to make as much money from you as they can – there are far better options than the traditional banks!

Following on from the first post on RSA Retail Bonds, I received a reply from the communications manager at National Treasury who referred me to 2 more people and I finally received a 10 page summary on the bonds. The first section is titled “How to invest” and answers the questions we had but is unfortunately not available on the website (yet)!

Turns out though, that if you want to invest via the website you need to “register” and once you have completed the form online, you will be issued with bank account details so that you can make the payment. 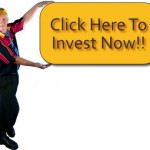 We made the recommendation to them that the document is made available and that the “register” button is changed to “invest” or “invest online”…let’s see if anything changes.

While spending some time on their website it is also interesting to see the age profile of investors in the RSA Retail Bonds…±40% of investors are under 50 and almost 22% are under 40 years old.

While there is nothing wrong with investing into the RSA Retail Bond, it is hardly a suitable investment vehicle for a 25, 30 or even 40 year  year old…but I guess that is one of the dangers of “cutting out the advice chain”

Investors may have got into the product without paying commission but a 25-40 year old investor sitting in the RSA Retail Bond is most probably in an inappropriate product…it is certainly not an emergency fund (you cant access it) and the majority of 25-40 year olds are not looking for income from an investment – it is capital growth that they need and for that, there are far more appropriate investment options (even if there are some fees to be paid to advisors).

A typical “balanced fund” unit trust has given returns of almost 15% per annum for the past 10 years. At that rate the money has doubled in value every 5 years while investors in the RSA Retail Bond will only see their funds doubling every 8 years…I know where I would rather be invested!

There is an old song where the lyrics went something like this “the chances of anything coming from Mars are a million to one, but still they come!” 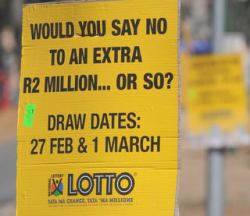 Let’s put this in perspective: if there are 2 draws per week (104 per year) then you would need to play the lotto every draw for 134459 years to have played it ±14 million times and to be reasonably sure that you would win it just once. The slogan used to be “if you’re not in you can’t win” but it if they are honest it should probably be “even if you are in you probably won’t win”!

In June 2003 it was reported that 27% of lottery players were unemployed and that 43% of players earned less than R2 000 a month. 2006 research found that 82% of South Africans played the lottery once a week and that 53% of the population did not engage in any other form of gambling. The average player spent R81 per month on the lottery with the lottery accounting for ±26% of total gambling spend in SA. Those who play slots spend R541 per month on average, and slots constitute ±44% of all gambling expenditure in the country.

So if the odds of winning are so ridiculously low why do people still play it? Can you really gamble with your head? The real motivator for playing is that one very, very small chance that you might just win that jackpot which could change your life forever – although this might be in ways you’ve never contemplated. (More than a few lotto winners have died quite soon after winning, either from natural causes or from crime related incidents).

So if the motivation for playing is the ability to change your life once and for all, why not invest that average lotto ticket money? If you took the R81 per month and invested it into a unit trust fund where you got a return of 5% better than inflation then you would end up with ±R1.1 million after just 17 years**. If you were hoping to get there by playing the lotto then by that stage you would have played 1768 times – still far short of the 14million required to ensure a reasonable chance of winning. (If money spent on the slot machines was invested, it would take just seven years to get to the million).

So how about it? Think twice about buying that lotto ticket and rather put the money to work for your future by investing it. This would be a real chance to change your life for good!

That’s all for now.

*the new power-ball lotto has odds of 1 in 24 million.

** assuming a real return of 5% & an inflation linked escalation on the contribution.

From the 1st February 2019 we are at
12 Schoenstatt Avenue, Constantia. 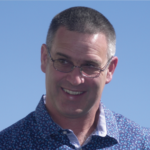 I have been helping people to manage their emotions around money for the past 17 years. This site is where I get to fight for the “little guy”. I write from passion about things that really upset and frustrate me about the Financial Services industry, because I want it to be better. I want it to offer better service, better value, better product, and a better experience for the end-user. That’s you - my client!