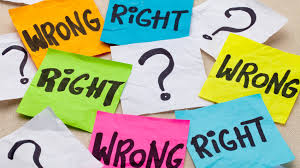 A very old man dies, he had a unit trust investment of R300k that he used to support himself and his wife – this was done by one of his children submitting online repurchase instructions on his behalf (with a GPA). The funds were paid into his bank and used to support them.

The only “will” anyone can find is a hand-written note describing what needs to happen to the funds if they both die. It was signed by him but there are no witnesses and no provision for an executor. Bottom line is that it is invalid and he died intestate.

This means that the unit trust investment is inaccessible to his wife and she will be without any funds until an executor can be appointed by the courts. This will take both time and money. The correct procedure would be for one of his children to make an application to the court to have an executor appointed (at significant expense) and many months later, the funds will be available to his wife (the children will relinquish their right to inherit through the intestate process).

An alternate (and illegal) option would be to submit a repurchase instruction, have the funds paid into his bank account and then transferred to the wife’s account or an investment in her name. There is no tax to be paid and there is no estate duty either…so no one is being done out of money. The only people that will lose out on this are the lawyers who would have to make application to the court. It’s clearly not a legal route to follow but is it moral?

What would you do?