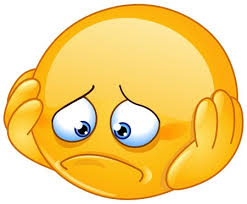 Not content with being lambasted by the tax ombudsman’s office, SARS now seem to be making up their own rules as they go along. Speaking to fellow tax practitioners, the anecdotal evidence of this is overwhelming and it even seems that different SARS branches are making up their own interpretations as the filing season unfolds.

Not only have we had RA contributions disallowed (one because it was apparently “too big” and others for no reason at all) but now we have even had a letter from SARS stating that in order to allow the medical aid deductions they want copies of bank statements showing the payment by the tax payer (the medical aid certificate is not sufficient).

The SARS taxpayer service charter was supposed to have been released by the end of 2016 but it is still no where to be found on the SARS website! Perhaps it has been overlooked in the mess that appears to be unfolding there? Tax payers have nowhere else to go and it appears that SARS dont care if they are treated badly…

And they wonder why tax payers are getting fed-up and tax compliance is waning again.